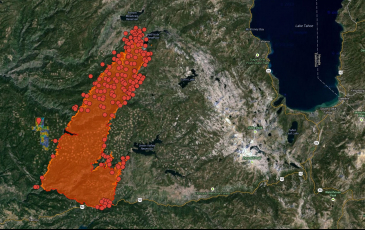 King Fire may put UC research forest to the test

Lessons for saving our forests

September 11, 2014
In late July, UC Berkeley fire ecologist Scott Stephens was working in Stanislaus National Forest, gathering data on how a century had altered its character. What he saw were the signs of a clear and present danger. 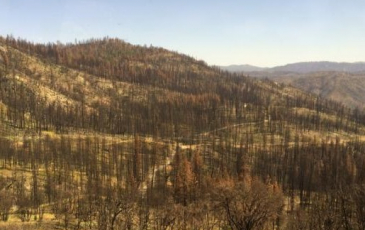 September 05, 2014
Center for Forestry staff recently attended a tour of the Rim Fire hosted by the NorCal/Socal Society of American Foresters State Society. The Rim Fire was (and still is) the largest fire Sierra Nevada history (over 250,000 acres).

September 02, 2014
As the U.S. Forest Service finalizes plans to restore forests torched in last year’s Yosemite-area Rim Fire—the third largest in state history—conservationists are worried that the scheme skimps on environmental protection. Also concerned is one of the state’s top forestry experts, a UC Berkeley professor who warns that replanting trees the traditional way will simply sow the seeds for the next conflagration. 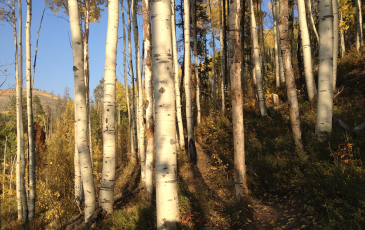 August 06, 2014
from California State Board of Forestry:  NEWS RELEASE 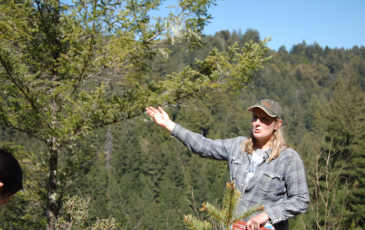 August 05, 2014
The California State Board of Forestry and Fire Protection will present the University of California (UC), Berkeley Forestry Program with its highest honor, the “Francis H. Raymond Award for Outstanding Contributions to California Forestry.” The presentation will be made during the Board Meeting scheduled for Wednesday, August 27, 2014 in the first floor auditorium of the Resources Building located at 1416 9th Street in downtown Sacramento. 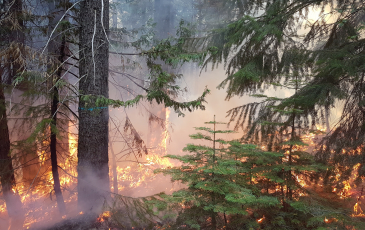 July 29, 2014
Property owners in southern and central California were cited 5,076 times during the past three fiscal years for not doing enough to clear their properties and protect their homes from wildfires. During the same period, just eight such citations were issued in all of Northern California, and all of those came in a single year in Tehama and Glenn counties.